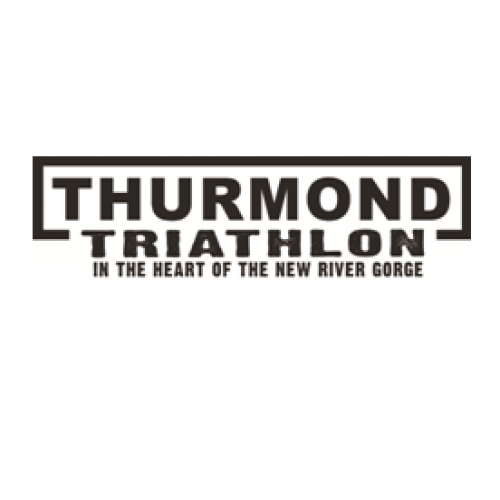 Located in the New River Gorge National Park and Preserve, Thurmond is West Virginia’s smallest
incorporated town. Officially founded in 1903, Thurmond expanded quickly with the boom of the coal
and timber industries and became the chief railroad center on the C&O line in 1910.
At its peak, Thurmond was home to restaurants, clothing shops, a jewelry store, a movie theater, two
banks and two hotels. In 1995, the National Park Service restored the Thurmond Train Depot as a visitor
center, and there are currently more than 20 other park-owned structures in the town. The official
Thurmond resident count stands at five people.
A historic train station, the second oldest river in the world, and close proximity to the New River Gorge
National Park and Preserve facilities make the town a perfect setting for families and individuals to
participate in a beginner-friendly triathlon.
Triathlon participants start at the historic Thurmond Train Depot, make their way across the bridge over
the scenic New River, and bike 2 miles to Stone Cliff Beach. From there, the race moves to the New River
for a 1.5-mile span of easy paddling on calm waters. In the last leg of the race, racers will run from the
Dun Glen Day Use Area and make their way back into Thurmond, running a 2-mile loop of the town.
We hope you can join us for a fun time in Thurmond on August 7, 2022! For registration go to
aptiming.com.